I looked into the future, and the time to act is now. 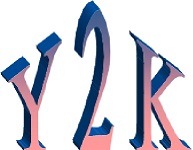 Scenario Planning when the Official View of the Future is Uncertain

Scenario planning should be back in focus. We go a few years – 10 years now since the Great Recession – and we think that the current trajectory, or the “Official View”, should be consistent this time. But the corona virus brings that all back into focus, even though people are probably not taking it as seriously as they probably should. You have to look at the entire supply chain forward and backward. China plays a major role in many of the world’s supply chains. End consumers on the one hand; production supply chain on the sourcing side. If factories are closed, if people can’t go to work, if people don’t go out and buy the consumption and the supply chain get continually interrupted. China is initiating all kinds of stimulus. Telling banks to be forgiving on impacted factories seems like a good idea; no one wants the factories to go out of business because of such an exogenous event such as the virus. But other stimulus will be rather useless.
Probably no one knows, yet, how this epidemic will play out. There’s no reason to believe that this won’t be rather long and protracted for China. The consequences for China will ripple throughout the world. With a world that is densely (over) populated, there is no reason to believe that such outbreaks will not happen other places, and more frequently.
So, this brings us back to scenario planning. The advantage of scenario planning is that you can build Contingency or Disaster Recovery Plans based on various scenarios. Serious and protracted supply chain disruptions, no matter the cause, seem like logical scenarios.

Right now might be a good time to dust off the Contingency Plans and see if anything needs to be updated, or executed, because of the recent events.
In the 2018 Guide by Hall and Hinkelman, the scenario chapter discusses Y2K as the greatest scenario planning exercise in history. Read about the Y2K Scenario from that chapter (pp. 161-163). Remember that right now many companies are executing their contingency plans related to current events, many others are trying to develop them on the fly – kind of a fly-by-night approach to scenario planning.

<*This section below is reproduced here with permission of the authors.*>
The Great Scenario Planning Exercise, Y2K!
There were several major advantages to corporations’ planning – scenario planning really – that came out of the Year 2000 (Y2K) preparation process. Planners were forced to consider at least two views of the future: the official view where Y2K caused no interruptions, and the view of chaos where it caused massive interruptions (mainly because of sustained interrupts to the power grid). One of the interesting parts of this process is the spillover implication – legally, morally and brand-image-wise – of doing nothing in preparation and being wrong. The scenario planning processes associated with Y2K resulted in stronger business planning and improved disaster recovery plans (DRPs). It also helped with business continuity plans by building stronger relationships with critical business partners.
Many people would say that this is a bad example because Y2K was a bust. Actually, the major push to organize IT and transition from legacy systems has substantially contributed to increased productivity for several years after the turn of the century. Business productivity has been surprisingly low since about 2005. Two examples where the Y2K efforts proved to be well justified are Burger King and FPL.
Burger King Corporation, then a division of DIAGEO, worked very closely with franchisees and its most critical suppliers (beef, buns, fries and Coke) to make sure that there would be no interruption and that contingency plans would be in place for likely situation related to Y2K. By far the biggest risk, and the most attention to contingency planning, went to AmeriServe. AmeriServe was the number one supplier to the Burger King system that had bought out the number two supplier and now represented three-fourths of the global supply chain. Three weeks into the new Millennium, AmeriServe declared bankruptcy! The contingency plans related to distribution had fortunately been dramatically improved during 1999 and continuity actions were immediately executed. Although it had nothing to do with Y2K, per say, much if not the entire contingency plan could be used for any distributor outage.
An adjunct to the Y2K story relates to power. Once organizations got past addressing their critical IT systems, the biggest wild card was power outages. No assurances came from the power companies until just months before the turn of the millennium, and even then, not much was given in the way of formal assurances. Of course, that was too late for a big organization with brand and food safety issues to have avoided the major contingency planning efforts.
Most people did not realize how fragile and antiquated the entire power grid was until the huge Ohio, New England and Canadian black out August 14, 2003 (CNN). A cascading blackout disabled the Niagara-Mohawk power grid leaving the Ottawa, Cleveland, Detroit and New York City region without power. There was a shutdown of 21 power plants within a three-minute period because, with the grid down, there was no place to send the power. Because of a lack of adequate time-stamp information, for several days Canada was believed to be the initiator of the outage, not Iowa.
There have been similar blackouts in Europe. That Y2K could have resulted in massive outages may not have been so far-fetched after all. Ask someone who was stuck in an elevator for eight hours if the preparations for long-term power outages could have been better.
Hall (2009) developed a survival planning approach that would help an organization survive during times of extreme uncertainty, like the Great Recession. Of course, the process is far ahead if the organization already has a good strategic plan (StratPlan) that includes contingency and scenario planning.

Out of Control Healthcare Costs, Delinkage may help?